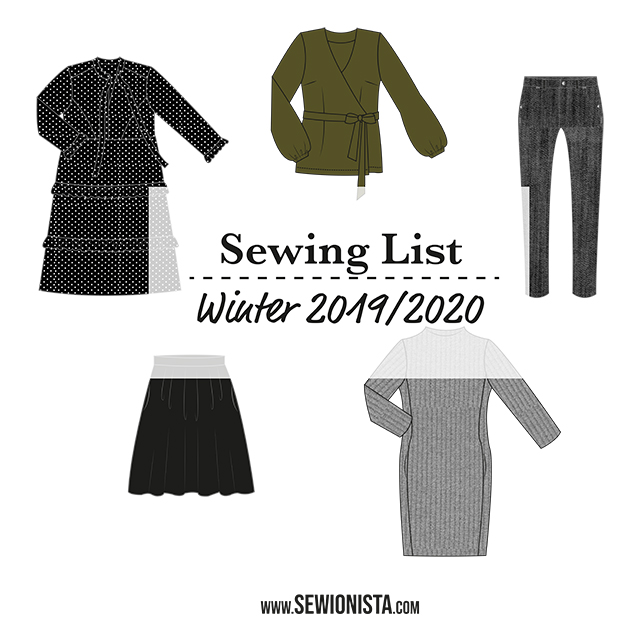 On Instagram many have already posted their Make Nine lists for 2020. I have to admit that I can’t plan that far ahead and also don’t want to. My goal is to make a list of missing pieces for each new capsule wardrobe, which equals every 3 months. In my current Winter Capsule Wardrobe I have left some space to complement my existing 30 pieces with additional handmade ones. I had actually planned to already add the first pieces in December but I ended up not sewing at all during December due to back problems and christmas stress.

However, it might not have been the worst thing that I had some more time to reflect on my sewing list. As this winter has been pretty mild so far I was actually not able to wear some of the really warm pieces. This resulted in some wintery pieces being dropped off my sewing list and they have been replaced by some lighter pieces that can also been worn during the transition period. Unfortunately, I already had my first sewing letdown at the beginning of January with this blazer from Burdastyle which fit like a sack. That has been quite frustrating and 2 days work has ended up in the bin. Therefore, I have mainly added pieces to my sewing list for January and February that should be quick successes. Maybe besides the jeans as I will try to mimick the techniques from RTW pants to make them look less homemade. 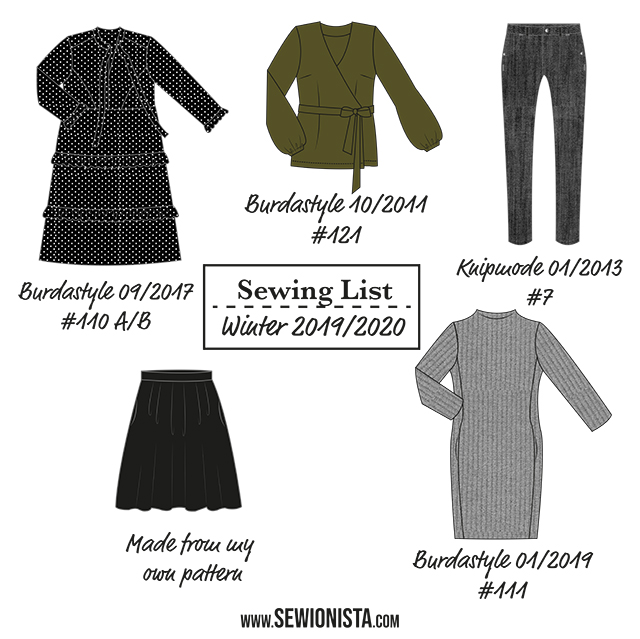 And which sewing projects do you have planned?